And The Winner Is... 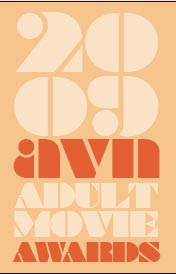 It's award season and there is only so many times you can see Brad and Angelina posing for photographs on a red carpet or Kate Winslett blubbing in front of a podium before you reach the conclusion that God, these gong giving events are brain numbingly boring.

While the more mainstream actors and actresses are getting their backs slapped, there is a more alternative award ceremony going on that celebrates the actors and actresses who get slapped onto their backs. Or up against a wall. Or on the bonnet of a car. Actually, almost anywhere because this is the 26th Annual Adult Video Awards.

Former husband and wife team Evan Stone and Jessica Drake took the best actor and actress awards and 'Cry Wolf', a tense psychodrama by all accounts, was voted the best film.
Special mention must go to the best title of the year winner 'Strollin in the Colon' although it might be best not to ponder to long on what the film is about, but i don't think it's regarding healthy eating.

One film that did end up clutching an armful of awards to its artificially enhanced bosom was Pirates 2: Stagnettis revenge, a special effects laden romp which had the biggest budget in the history of adult films and is loosely based on the Pirates of the Caribbean film although i don't remember Johnny Depp doing that with a ho ho ho and a bottle of rum.
Posted by Falling on a bruise at 19:10

PS: How's this for spooky? My word verification is "rearho".

Maybe the person who chooses the characters for verification is a fan of that strollin film.