Replacing Obama: The Others

On Tuesday, November 6, 2012, America will elect it's 45th President and the smart money is on it being either Obama again or a Republican but America has some third party candidates and with the Republicans fielding a weak team (Rick Perry. Really?) and Obama more dope than hope, the others have a great chance of making a impact but just who are the other parties. Using our previous left wing criteria of Foreign Policy, the Environment and Israel, who is acceptable to the resurgent Left?

The Constitution Party was the largest party outside of the Reps and Dems and received 0.15% of the total popular vote in the 2008 election and their foreign policy of isolationism and not intervening in foreign countries affairs sounds acceptable but their refusal to accept man made climate change doesn't bode well for vote wielding lefties. 1 out of 3.

The Green Party took 0.12% of the vote last time out making them the 4th placed party but apart from a Green policy, what else do they offer? The Green Parties website states: 'Our government does not have the right to justify pre-emptive invasion of another country on the grounds that the other country harbors, trains, equips and funds a terrorist cell' which is a sound Foreign Policy but seems aimed at Afghanistan and America has invaded two other countries since then. It does, however, reject U.S. political support for Israel and demand that the U.S. government end its veto of Security Council resolutions pertaining to Israel. 2.5 out of 3 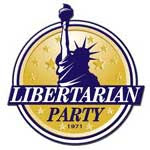 The Libertarian Party received 0.4% of the national vote in 2008 and the manifesto on their website includes a Foreign Policy of a non-interventionist position. Its Environmentally friendly, supporting a clean and healthy environment and sensible use of our natural resources and opposes American taxpayers' funding Israel, condemning its aggression and confiscatory policies. 3 out of 3

The Party for Socialism and Liberation should chime well with the Wall Street Occupiers and if the anger aimed at Capitalism remains high next November, they should improve on the 6808 votes they polled last time out. Being an anti-war party, it is no surprise that its Foreign policy includes the immediate withdrawal of U.S. troops from Afghanistan and Iraq, and an end to the war in Libya. It also wants all U.S. military bases in other countries to be shut down. Regarding the environment, it wants the implementation of environmental laws and to impose huge fines on those who defile the environment. It is also backing the immediate end to the occupation of Palestine. 3 out of 3. 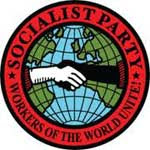 The Socialist Party USA gained 6528 votes nationally and is anti-war and wants all U.S. military forces withdrawn from Iraq and Afghanistan. It would sign the Kyoto Protocol, limiting carbon emissions, and would accept a major role in worldwide efforts to control global warming. It's website states that: 'The United States bears direct responsibility for the Israeli aggression in the Occupied Territories. It was U.S. military and economic aid that made Israel into one of the most powerful military states in the world. The United States should terminate the five billion dollars a year it gives the Israeli government'. 3 out of 3

After a trip through the political field of American politics, the options so far of the lefts choice for the next Party to take the keys to the White House is out of The Libertarian Party, The Party for Socialism and Liberation or the Socialist Party USA. The Greens are in with a shout if they can nail down their foreign policy but we still have a year to go to narrow this field of 4 down to 1.

Out of the Republicans on offer, Ron Paul is the least worst although the CBS News Poll puts him way behind in 5th place for the Republican nomination.
Posted by Falling on a bruise at 21:56

Keep in mind that the U.S. is a nation like no other. It is a nation of deranged people who elect deranged leaders. Trying to make sense of it or them is a waste of time.

America is drunk on drugs and its hugely inflated image. Here it is, bankrupt and with a tiny, mainly obese population, trying to run the world.

It's time it had a reality check. A nuke dropped on Washington would help. :)

I'm surprised there are a couple of Socialist parties in the mix, i thought the strangely prevailing Joseph McCarthy anti-Communist era would have put paid to them.

First, the Constitution Party is in third place among third parties. The Greens and Libertarians are the realistic competitors to #3.

Additionally: The two-party system is a feature of the voting system. It's pointless to worry about third parties without, AV, PR, or at least runoffs.

-Libertarian Party: Commonly viewed as to the Right of the Republicans. The Libertarians could best be described to a European as a conservative/right liberal party, with a fairly sizable leftist minority. You got most of their platform right, but you vastly overestimate their concern for environmental issues. Also, of importance in America, they are generally a pro-state's rights party. You may also want to note that Ron Paul ran as a Libertarian a few times.

-Green Party: Commonly viewed as to the left of the Democrats. They're about as much Socialists as they are Greens. I'd imagine that they'd be your favorite American first-tier third party.

-Constitution Party: Viewed as to the right of the Republicans and the Libertarians. They use a lot of small government and states-rights rhetoric, but they're mostly just a veiled bigots party (sort of like a mini American BNP). It seems like they're picking off some of the Rightist Libertarian Party folks lately (which has the added effect of leaving the left-oriented Libertarians proportionality larger).

The various other third parties could be considered second tier third parties. Some of the Socialist parties were not-particularly-secret USSR fronts that have fractured since the end of the Cold War (however frowned upon, being a Communist or Socialist was never at any point illegal in the United States).

Thanks for the summary Nog, i was pretty much going by their own websites and general Googling them. Ron Paul being a former Libertarian Party member is interesting.
I don't think for a second any of the third tier parties can win but they have to be confident of increasing their totals from last time out.