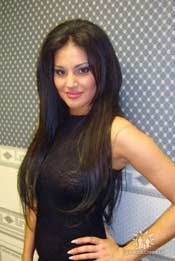 If you consider Germany for a second, you think of decent cars, mullet haircuts and men in leiderhosen slapping each other around the face. What you do not think of is their musical pedigree.
Regardless of this the good people of Europe have decided that Germany is this years musical powerhouse and voted it the Eurovision champions.
To be fair it was a halfway decent song, a bit quirky but not the usual Eurovision fare which is usually a song about us all loving each other and peace on earth which is commendable but does not usually make for a banging tune.
So it's all off to Berlin next year and a perfectly functional evening.
The United Kingdom came stone cold bottom and off we go blaming everything else except the fact that it was a rubbish song and the singer was no great shakes either.
We bleat about how ridiculous it is all after all we gave the World the Beatles, the Rolling Stones and and the Who and forget that we also inflicted Timmy Mallet and Mick Hucknell upon it.
If we want to stand a chance of finishing above Belarus next time, we should do what most of them seem to do now and put forward one of our major artists.
We should say 'There you are johnny foreigner, you give us the million album selling MaNga and we give you Leona Lewis or Muse so stick that up your 1980's style jumper'.
Personally, i was a massive admirer of the Armenian entrant and believe that she should have won.
No idea what the song was like or even how well she sang it. Who cares how she sounds when she looks like that.
Posted by Falling on a bruise at 00:59