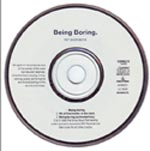 For over a decade now we have heard the sound of record executives scratching their heads and wondering why they are not selling so many record s anymore.
The finger was pointed at MP3 downloading and wheeled out the likes of Britney Spears to tell kids not to get their music for free but to pay the over the odds in record shops for their CD of pap instead, can't see why that wouldn't work.
Now the recorded music business has seen its first jump in revenues since 1999 but what nobody realised, or they did but never mentioned, was that since 1999 the music they have been churning out has been pants.
The International Federation of the Phonographic Industry's annual Digital Music Report has concluded that the global music industry is now returning to health but if it is then it is only because of cheaper music now and music streaming sites and You Tube and peer 2 peer MP3 downloading.
Before all the cheaper alternatives became available, record companies were ramping up the price of CD's and then bleating when people opted for the free alternative but those days are over, try it again and the listeners will be back to downloading music from Utorrent.
The main reason is that musically, the 2000's has been, to be polite, not very good.
I am sure performers like Olly Murs, One Direction and Leona Lewis are perfectly nice people, it's just their type of music is so safe and boring. Annoyingly for people like me who like their musicians loud and their music louder, this on-going wave of ballad warbling artists have elbowed anyone with a noisy guitar to the sidelines.
Gone are the days when bad behaviour and rivalry between bands held sway, today's musicians are all about being in bed by 10 and respecting each other as artists. All very commendable but very, very boring.
The music companies have obviously worked out that it is much easier to manage an Adele than it would be an Axl Rose. Far from an evening of Jack Daniels and debauchery, today’s musicians look like they are more likely to vacuum and tidy up the hotel room rather than smash it up.
One chink of light in an otherwise magnolia, bland music landscape is that music is cyclical and we have these uninteresting gaps between the good stuff but it has been a long wait for a replacement to the likes of an Axel Rose, Johnny Rotten or Iggy Pop to liven things up a bit because Justin Beiber, Beyonce and Kelly Clarkson sure aren't it.
We can only repeat the wise lyrics of King Kurt when he said 'Here we are now, Entertain us'. Please.
Posted by Falling on a bruise at 17:43