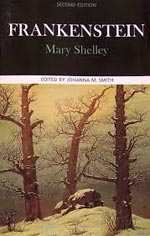 Technology has bought about many changes in my lifetime, once where i had a cassette Walkman which would play an album of the standard eight songs one side and the same on the other, i now have an MP3 player, a quarter of the size which can hold thousands of songs and no having to stop and turn the tape over or wind it tight with a pencil because the tape has stretched.
The MP3 player is used daily, i'm wearing it now as i type this (Buzzcocks as you asked), but the other technology change which has become part of my day to day life has been my Kindle Book reader which the bumf which comes with it explains, can hold 6,000 books.
I have always been a constant reader and i can't begin to count how many books i have read but 6,000 books would mean if i had started reading aged 5, i would have to have gone through 133 books a year or almost one every 2 and a half days and as i'm a big Stephen King fan and his books have become doorsteps, it's not do-able.
Whereas taking a book everywhere with me was a thing since my teenage years, for the past decade i have carried hundreds of books on a 7" thing which is as slim as the thinnest paperback and fits neatly in my bag.
Thanks to the website Project Gutenberg i have been able to download many of the classics for free by the likes of Charles Dickens, William Shakespeare, Mark Twain and HG Wells and the one that i have just finished: Frankenstein by Mary Wollstonecraft Shelley.
It has been a long time since i had read the story of the scientist who makes a man out of body parts and brings him to life only for the monster to then destroy his life when he refuses to make him a companion and as much as it pains me to say it, i had forgotten just how much of a slog it was to read.
It was a initially a short story that her companions urged her to write up into a novel and as great as the story is, the book's 280 pages is easily 100 pages too long with the monster not even coming into the story until 40% through it according to my Kindle.
Without reading the book and through films and adaptations, you may think you know the story but as usually happens with these things, the Director's vision is very different to the text and this is one of the very rare occasions where not sticking to the book it actually improves it.
Not that i didn't like the book, as i said it is an amazing story and quite rightly a classic, but i was slightly disappointed in it not being as great as i remember, but that could be more down to me.
Posted by Falling on a bruise at 21:13